Home Blog How to Promote Your Mobile Gaming App?

How to Promote Your Mobile Gaming App? 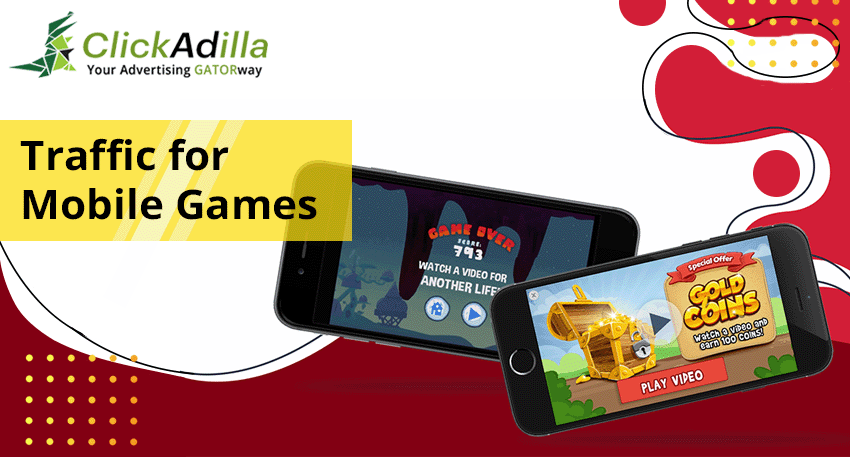 Apps in the games category showed fascinating growth last year: the share of gaming apps on GooglePlay reached 21%; 25%  - on AppStore. And there is no sign of slowing down in the near future. Following the increase in the number of apps and installs, the market of mobile advertising is steadily growing. Mobile games have overtaken PC and console games in revenue, which has reached almost 50% of all gaming industry profits.

Promoting a mobile gaming app is a difficult gear to adjust

There are 427K mobile gaming apps available on GooglePlay as of the Q4 of 2020. And over 811K mobile games are offered on AppStore. Unsurprisingly, promoting mobile games is becoming more and more complex. Therefore, game developers have to spend large budgets on advertising campaigns.

How to Increase App downloads

In-game advertising is on the rise. Nowadays, uploading a mobile game to a store is not enough. It will simply get lost among hundreds of similar ones. If you don't want the costs of creating a game to be wasted, paid advertising is crucial.

Put your mobile app in front of hundreds of thousands of potential players. A well-designed ad campaign will provide you with quality users worldwide.

🔰 How to create In-App campaign in ClickAdilla?

There are a variety of ad placements you can use for mobile app promotion.  We have selected the best ad formats available in our mobile ad network.

320х480 size is a Mobile Interstitial. This ad format was designed to fight with “banner blindness”. Users will definitely notice it, since it covers the screen of the app. 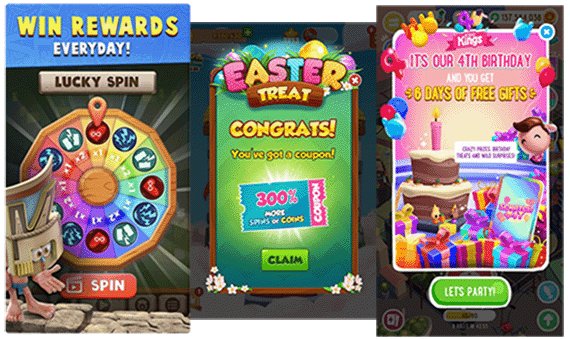 Since a canvas of display ads isn’t ideal for storytelling, so using a good pre-landing page can increase app downloads. This is especially important for the hardcore genres: MMORPG, shooters, multiplayer online battle arenas etc.

Animated and video banners remain a good option for all kinds of apps. It doesn’t interrupt users' experience and improves brand awareness. This is a good choice for promoting casual and hyper-casual games: Puzzle, Tetris, Angry birds, Subway Surfers etc. The gameplay of such games does not require any instruction or tutorial. They are easy-to-play and have a simple interface. By the way, 58% of all people are Casual gamers.

This ad format is an improved version of banner ads. It’s non-intrusive and less annoying. Native banner ads are designed to be a part of app content. They don’t interrupt gameplay, so it's an excellent option for game developers, users and advertisers. Display ads are cheaper and simpler to create than video ads. Relatively low CTR is replenished with higher quality clicks. We would recommend to combine this ad placement with other ad formats to improve the results of your marketing efforts.

Rather than simply making image-based ads, you could also try opting for video ads to give users a taste of your game

Pre-Rolls are placed in the video player before the main content. So your video will definitely be seen. You only have 10 seconds to impress a user. Show all the best aspects of your game. Otherwise, a user will simply skip the ad. According to statistics, In-Stream Pre-Rolls have the highest impact on ad recall (Compared to Mid-Roll and Outstream)

Unlike in-stream pre-roll, native roll plays automatically when the user scrolls a web page. Create a stunning game trailer that will catch an eye and people will stop to devote their precious time to your ads. Include game characters and show how-to play. That’s what people want to see the most.

This placement is slider out when the user opens the page. It also starts playing automatically, but to skip it, the user must click on the close button. For creatives, the recommendations are the same: cut the most engagement parts of gameplay and don’t forget to add a clear CTA. Check out this checklist of a great commercial. 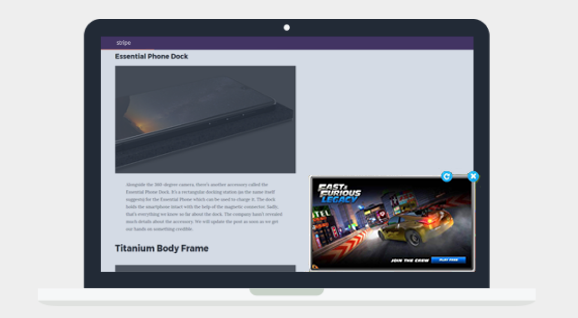 Are you ready to build awareness for your mobile game? Here are some useful tips to help you get more app downloads.

Make sure that your video is clear without audio. Because 80% of users won't turn on sound. But this does not mean that the sound is not important, on the contrary, it can enhance the effect of video advertising.

2. Show the Cool Stuff at the beginning of your Ad Creative

Most users won't waste time watching video ads completely. So you have only a few seconds to capture the user’s attention. Choose wisely a teaser for the first 5 seconds of the video ads. We would recommend including exciting shots of gameplay. So that users understand exactly what we are waiting for.

3. Use a clear Call-to-Action

Place a clear CTA (call-to-action) at the last seconds of the ad: “Install it now” or “Play now”. To encourage users to install the game right now, offer them  in-game bonus.

You've made a cool game and want to show all the gameplay. I don’t want to upset you, but everything needs to fit in 15-20 seconds. This is the ideal length for a commercial.

As with any ad, creating multiple creatives will help you find the most effective one.  In addition, more users can be reached. You never know what the audience will like.  It often happens that the worst creative (in your personal opinion) shows the best performance. Create one creative for one in-game feature.

The mobile games market has grown strongly in 2020 and the growth trend will continue for the coming years. Due to the growing competition among game developers, it’s indispensable to constantly test new creatives, landing pages and offers. Buying paid ads in mobile ad networks allows game developers to increase app downloads.

Regarding ad creatives - make it concise and punchy. You never know what will shoot, so a lot of testing needs to be done. Landing pages are important for hardcore game promotion. Casual games are more widespread and cost per Install (CPI) is lower.

So far, the competition in our mobile ad network is low, you have the opportunity to buy in-app traffic at the best rates.

Don’t hesitate to contact your account manager on Skype. We will help you to maximize your campaign performance.