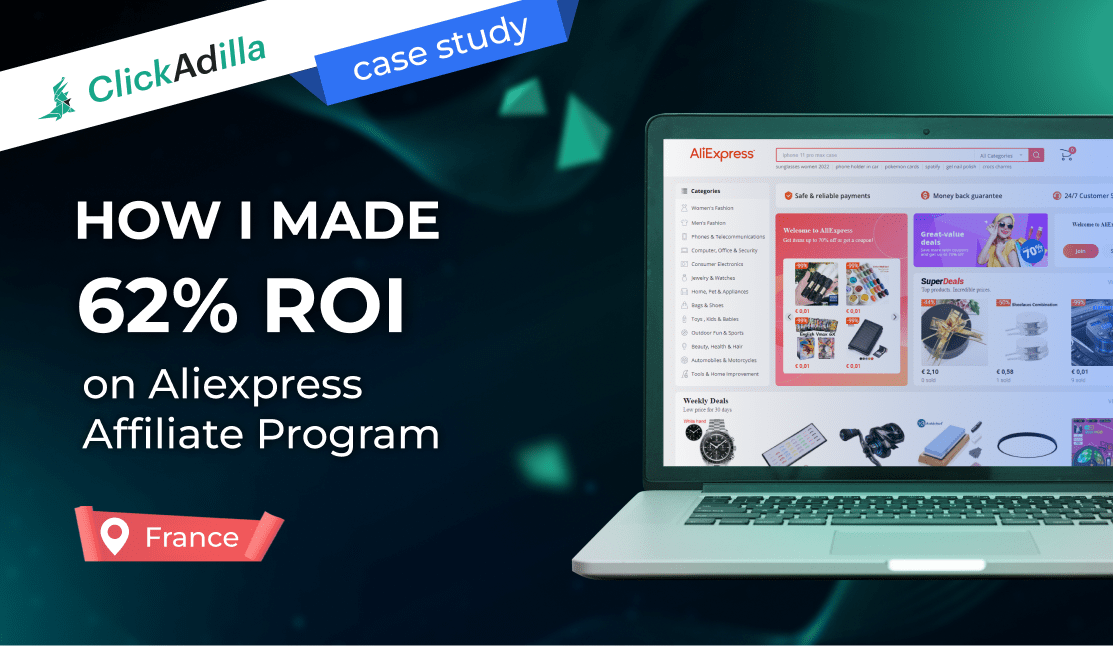 Do you have an entrepreneurial streak to make money in retail? That is easy as pie! Today we would like to share a cool case study from our client. He is successfully running an offer from the Aliexpress affiliate program in ClickAdilla.

💡 In this case study, you will learn how to set up a campaign on an e-commerce offer with the least of targets. Our client told us how he makes money with retail companies' affiliate programs and why this is one of the most profitable verticals for long-term passive income.

Today the e-commerce industry grows significantly from year to year. Big retail companies such as Aliexpress, Amazon, eBay, Lazada provide great opportunities to earn money with their affiliate programs and turn it into a reliable passive income source.

Alibaba Group (which owns Aliexpress) is one of the biggest online retailers and e-commerce platforms in the world. This originally Chinese platform connects businesses and customers all around the world. Aliexpress appeared to ease small businesses and help them distribute their products in b2b and b2c models. The websites of Aliexress have a huge traffic rate. For example, it is 10th most popular website in Brasil.

We pass the floor to our marketer:

“I run e-commerce offers for several years. I am originally from India and I still remember the time when Aliexpress was a new thing for everyone in my country. This marketplace became extremely popular among my compatriots - millions of different goods became available to everyone and the prices were low. When I realized that I can make money out of its affiliate program, there were a lot of marketers who were already running this offer. But even now with the high competition level, I receive my passive income from Aliexpress and some other e-shops.

Aliexpress Affiliate program allows marketers to earn money in their revshare system. The percentage of revshare depends on the type of goods and ranges between 3% and 9%. 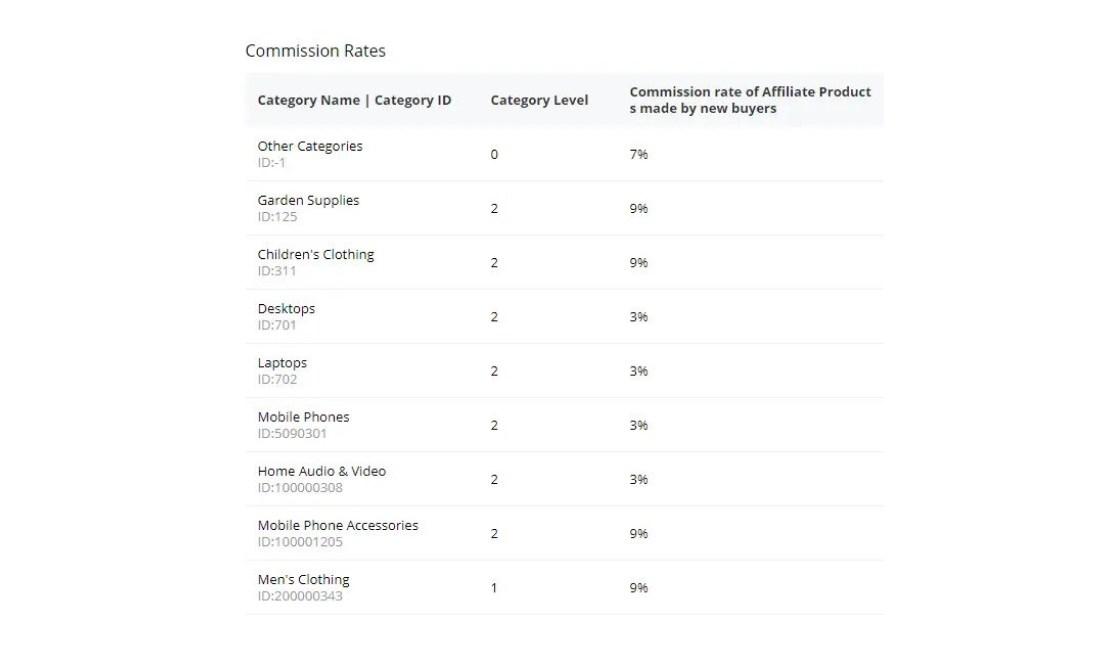 The highest percentage is paid for the clothing, accessories and garden supplies.

There are some important aspects of this program.

First of all, you can not charge your money until the product reaches the customer. It takes maximum 60 days for the goods to be delivered to the address. So I have to wait some time to receive the commission. It can be difficult at the beginning, but when you run this program long enough, you just charge the money gradually.

Second, you cannot get more than $50 as a commission. Even though you earned more. I faced this problem several times, but it is rare.

Third, Aliexpress charges you $15 every time when you cash out the earnings. The affiliate cannot withdraw less than $16.

There are also requirements from the affiliate network if you decide to run an offer from the third side. For example, sometimes there may be pop or push traffic prohibitedor any adult traffic sources. In my case, I could run my offer with the adult pop traffic. I’ve chosen ClickAdilla for that campaign as I know there are huge volumes of adult popunder traffic In this case I will describe one of my campaigns on Aliexpress though I have a lot of them targeting different GEOs.

I tried running an Aliexpress offer via the main affiliate source - Aliexpress Portal. But I faced difficulties with the prohibited traffic types and sources. So I found an affiliate network with the same type of offer matching the conditions I preferred. 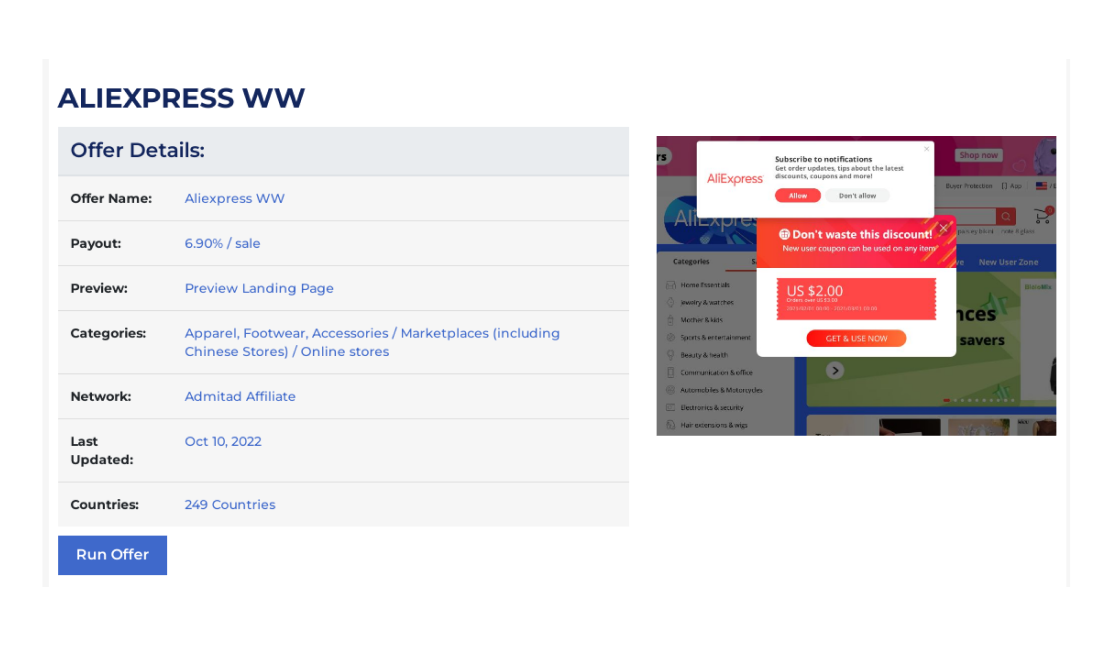 The main advantage of this offer is that all the products sold via the affiliate link are paid. It’s not the same in the main program - there you are paid only for certain kinds of products. There are additional payments if the users buy “hot products” from the store.

There is an opportunity to promote certain “hot products” separately. I tried to run several campaigns, but I figured out that the promotion of the website itself gives me more commission.

As an ad format I’ve picked up Popunder, because it previously showed good results and imposing traffic volume for my offers.

The main advantage is that I don’t have to make any creatives, I just need to get the right link. 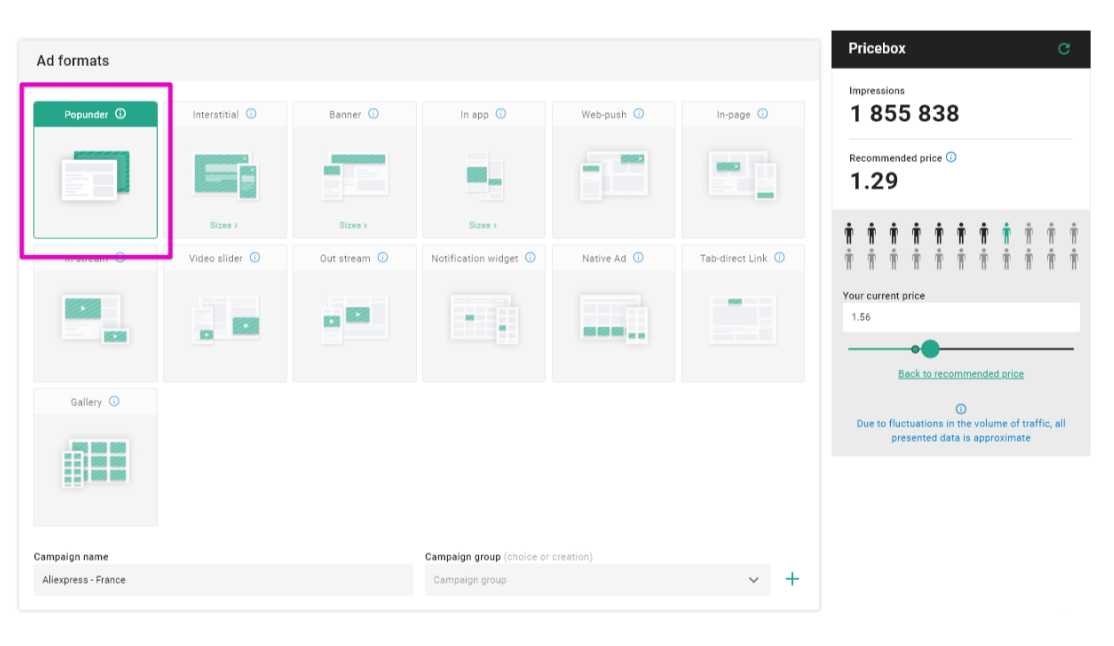 The traffic quality was set for All.

My GEO for this campaign was France. First, I’ve chosen targets on Mobile and Tablet Devices. Then I’ve put the IOS operating system (no later than 13th version) as I thought would be more relevant for French audience. The language was French. I’ve chosen Mainstream traffic sources and set the price for $0,7 CPM as the Pricebox recommended.

Later I’ve realised that I needed less targets as the traffic flow was too narrow.

My limits were money and unique users. The maximum daily spend was $30. The unique users could see the ad 2 times per 60 minutes. 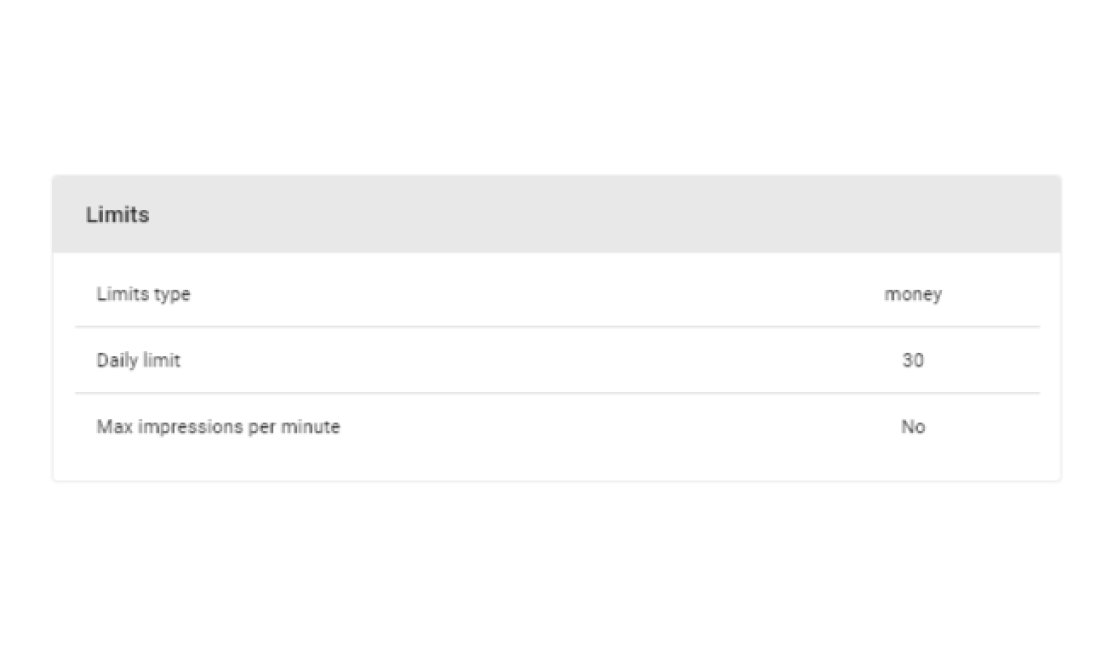 As my ad format was popunder I didn’t need to make any creatives myself. My creative was a landing page of the Aliexpress website. 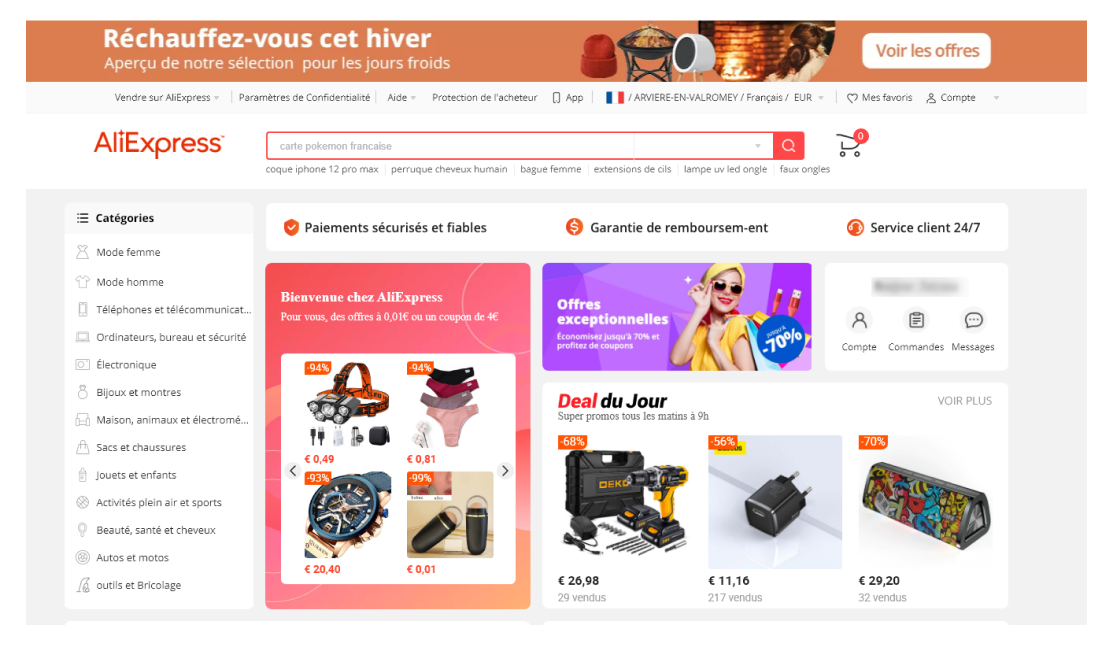 For the first three days the traffic amount was small. Therefore, there were almost no or zero conversions. For the third day I’ve put my campaign on pause and asked my account manager what was wrong with my campaign.

She explained that I need to raise the bid as the winning price became higher and remove some of my targets, leaving the most important ones. I got rid of the operating system target and unique users.

I’ve raised the bid for $1 CPM. First day the traffic became higher and I started getting a little more conversions, but then the impressions got less.

My account wrote me that I need to check the Pricebox again and optimize my price once more. The best bid was $1,50, so I decided to set the price for $1,56 to have a winning bid in a longer period.

My account also recommended me to remove the language target and select all traffic types including adult and mainstream ones. After these changes, the traffic started coming in good quantity and also the conversions started appearing.

Here is statistics from my personal account in ClickAdilla: 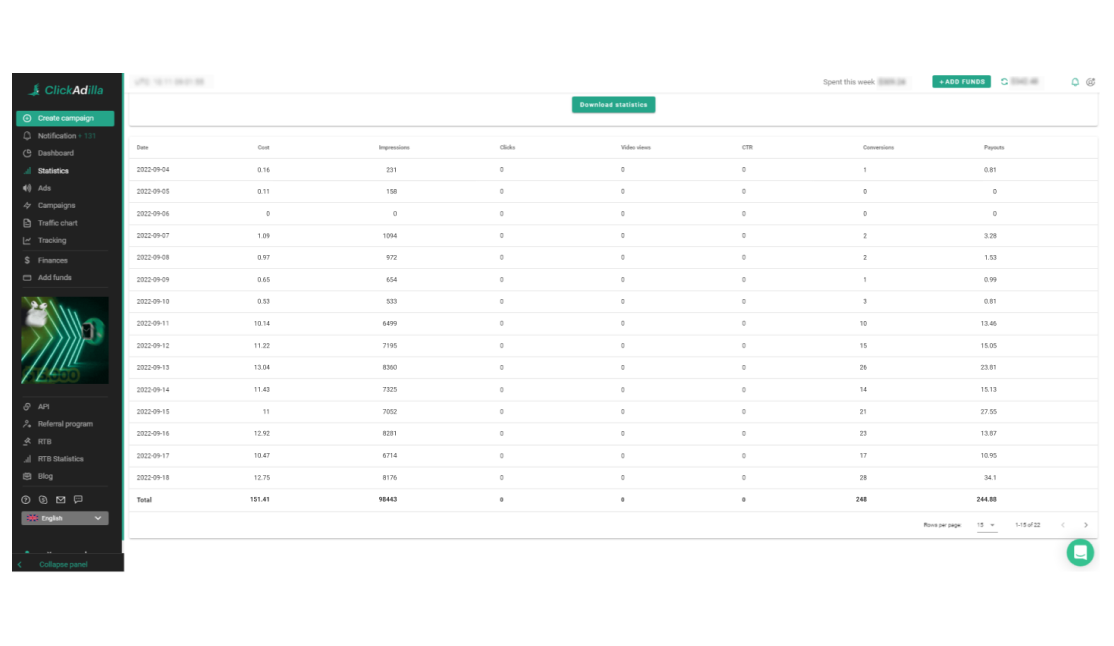 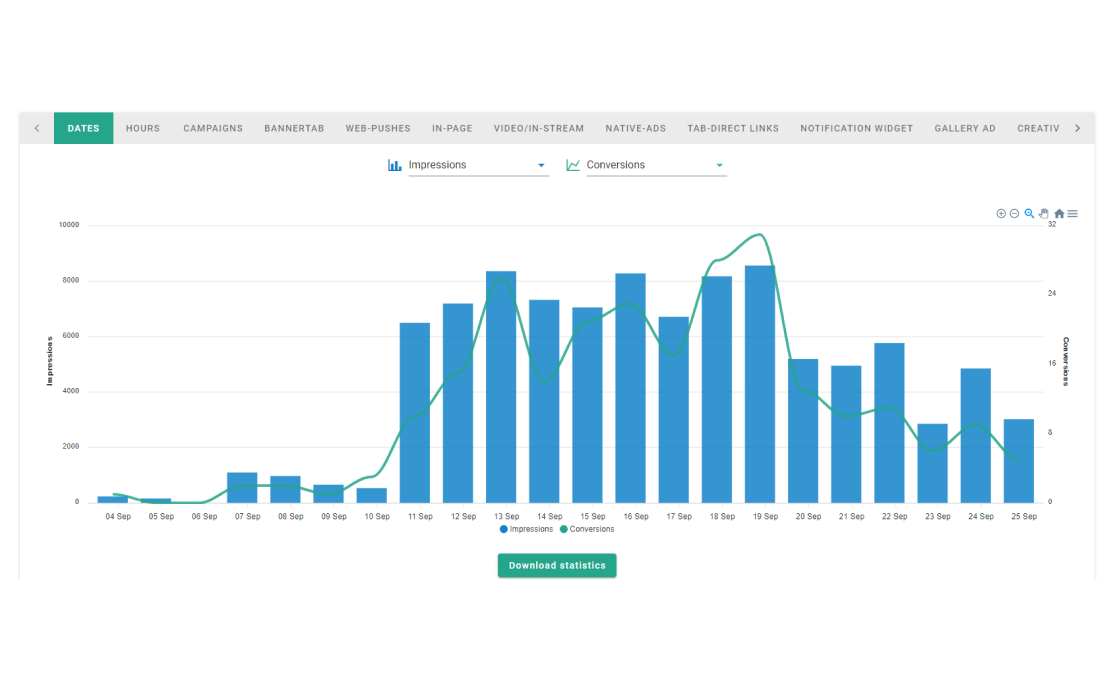 💡 Here is what I learned during the campaign:

● Always watch out for the bids to receive your traffic in time;

● Put as less targets as you can;

● Ask your account manager for recommendations on your campaign optimization.

Running e-commerce campaigns is not as difficult as it may seem. Of course you will need to optimize your campaign at least for a week and watch its statistics to be sure that everything’s okay. But in the end you receive a profitable resource for the passive income.

With ClickAdilla traffic I got a nice conversion flow. That is why I created several campaigns targeting different Tier-1 GEOs. And I still run them all.

Today we showed you how to earn with Aliexpress affiliate program in ClickAdilla. There is nothing complicated - just a couple of optimization steps and you are receiving the income from one of the biggest online retail shops in the world. Earn money passively, getting even more in a long time! 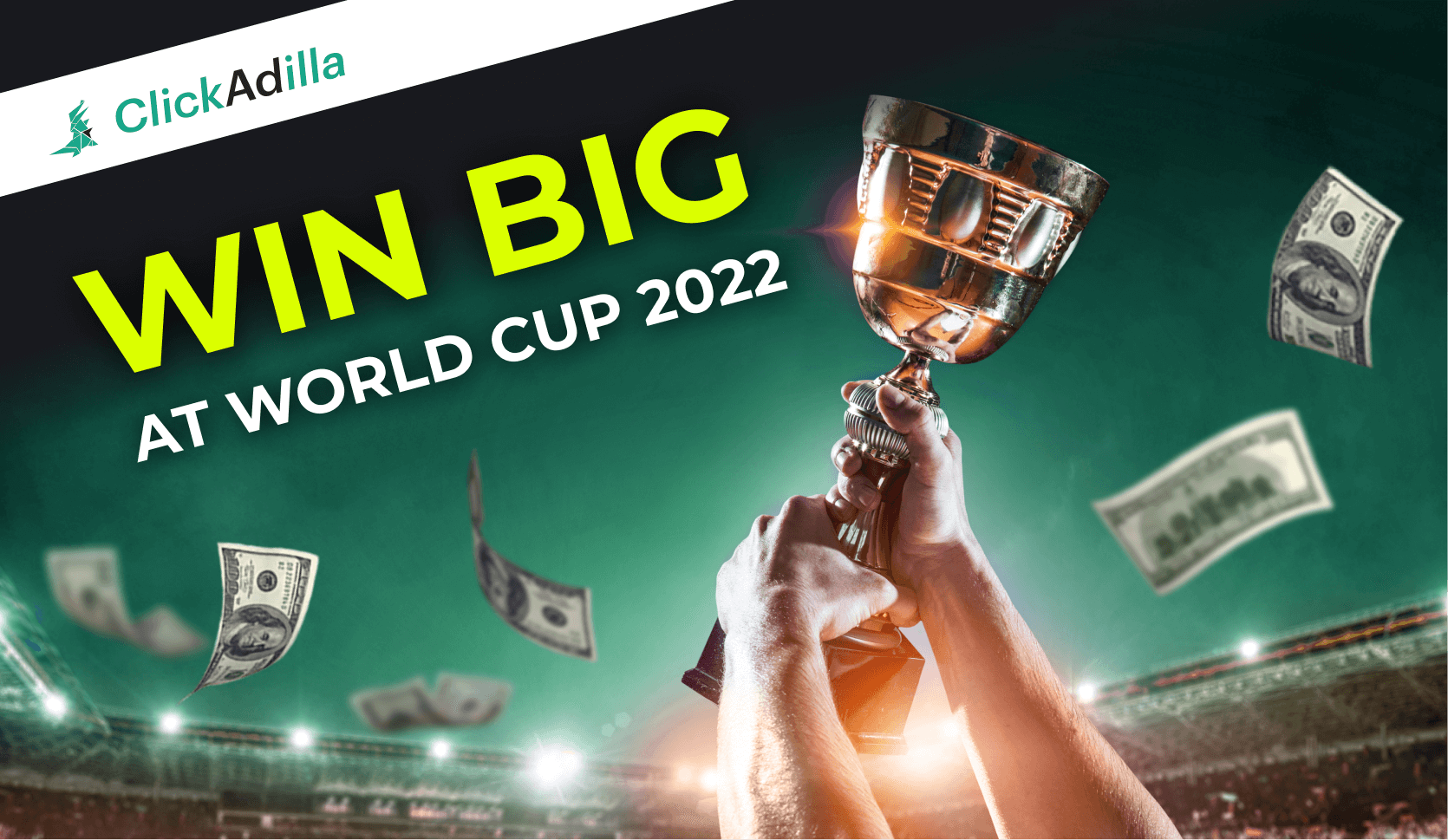 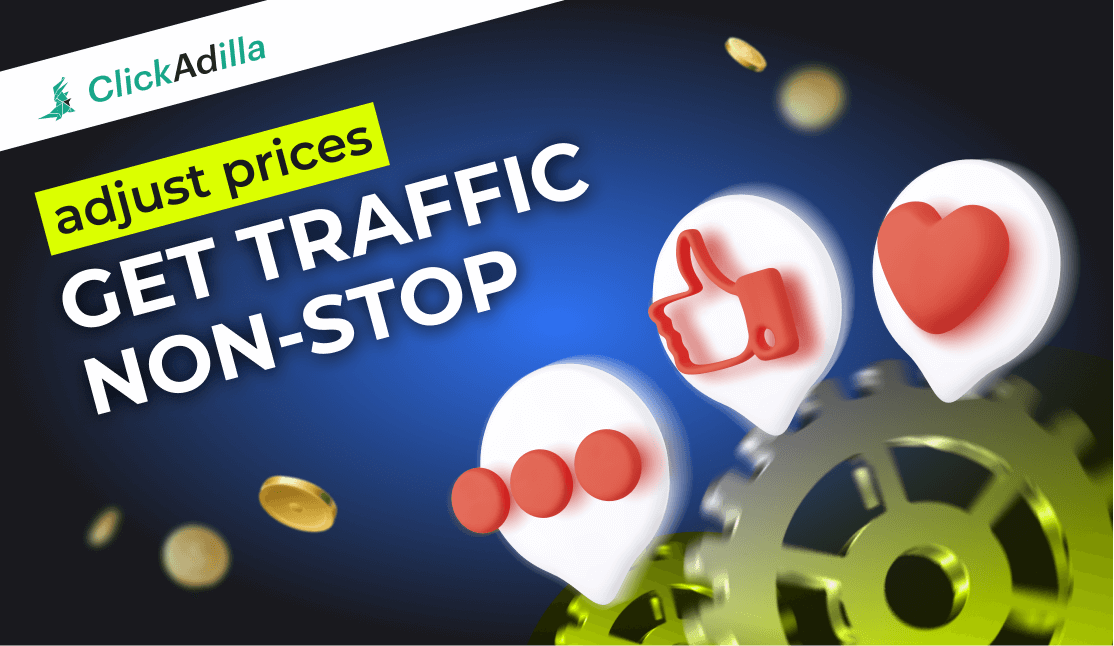 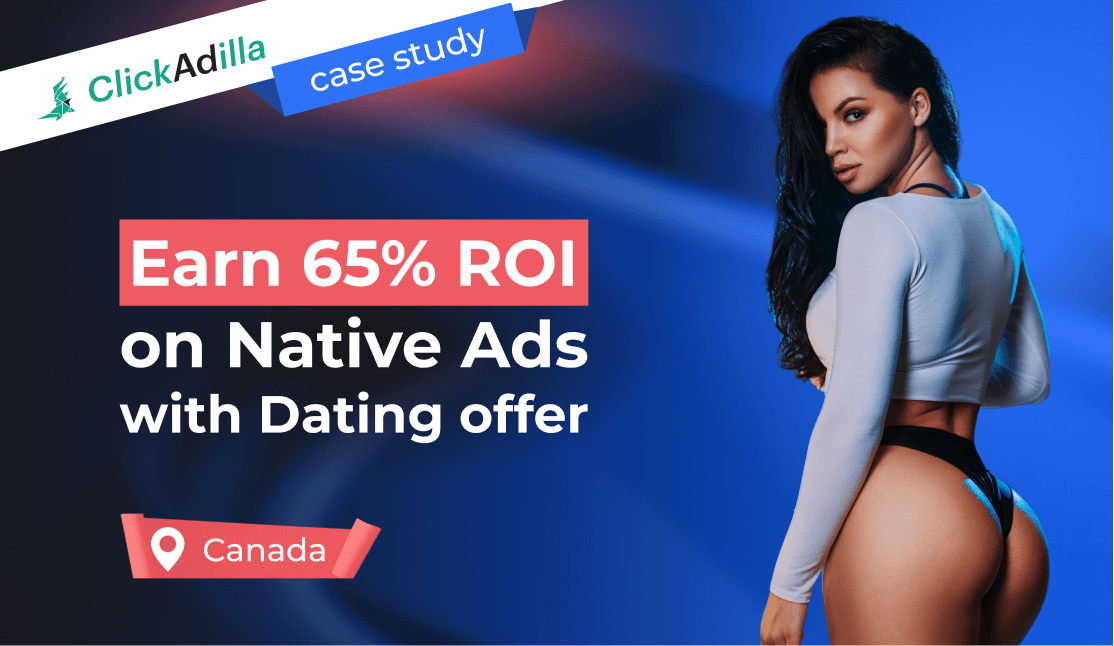 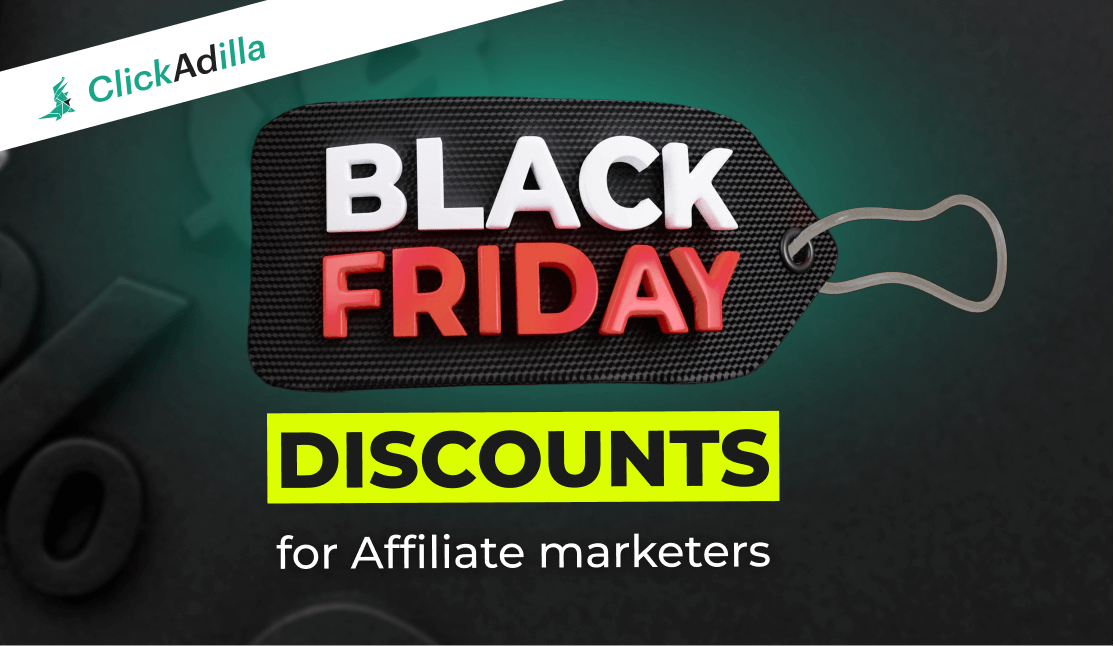 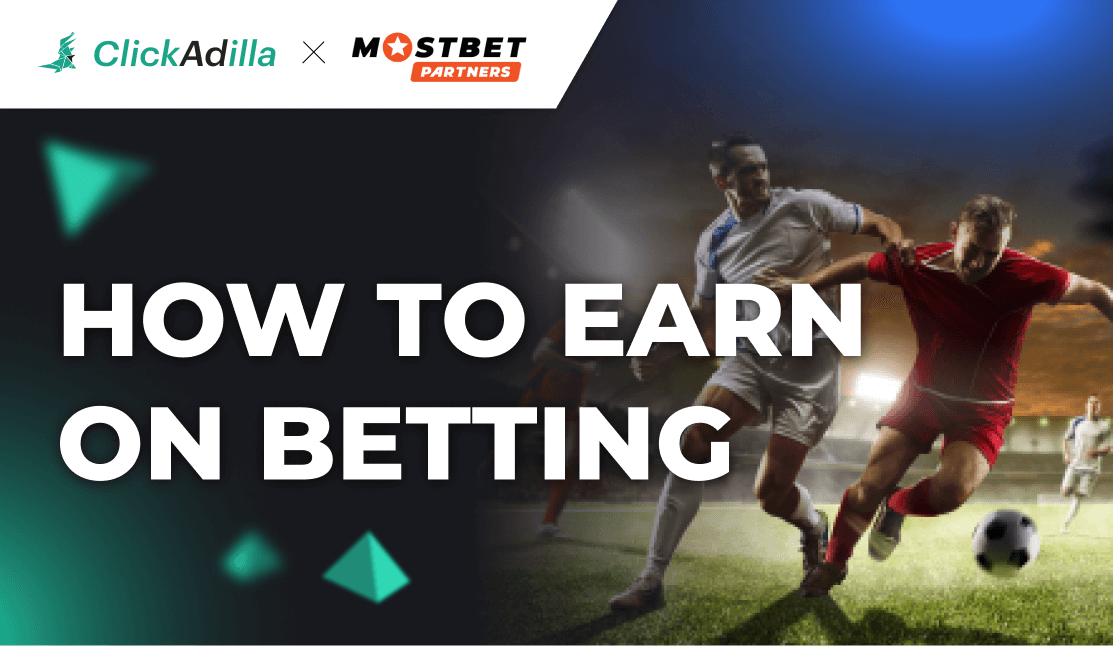