Home Blog How to show your ads in mobile apps?

How to show your ads in mobile apps? 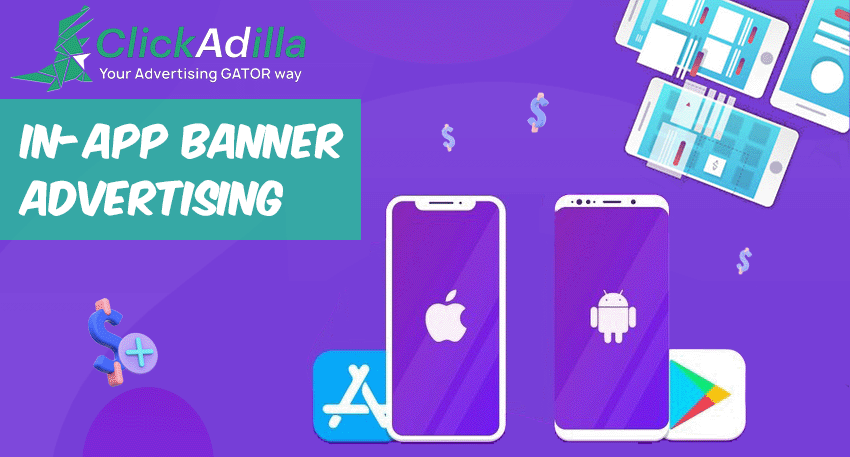 It's no secret that these days people are more into mobile apps than browsers.

Mary Meeker - former Wall Street securities analyst working now on Internet and new technologies development recently provided a State of the Internet Report, according to which 89 percent of total time spent by smartphone users on any media is in mobile apps and only 11 percent on the mobile Web.

To specify, a good representation is Facebook with 41 percent of the overall revenue reached in approximately 12 months through mobile apps, from having almost no mobile advertising revenue before.

Of course, the transition has resulted in the ad spend model changes as well: 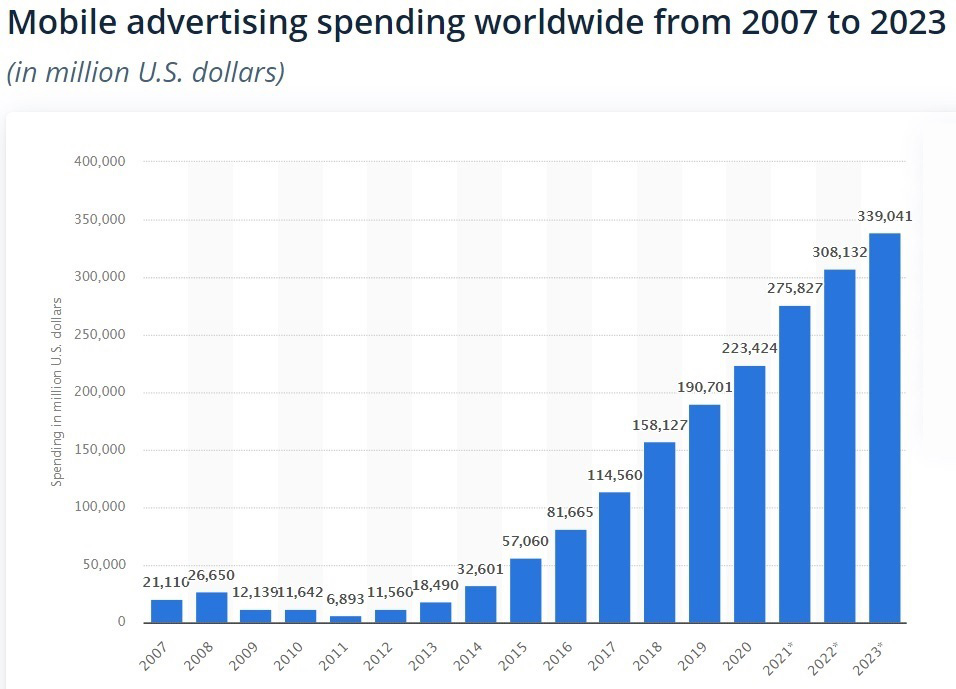 According to Google statistics, the lowest CPI is demonstrated by “Search (+Pay)” type of ad campaign, however, with the lowest reach. Meanwhile, display advertising represents  higher reach rate but with higher CPI accordingly.

On the other hand, the main goal of every marketer is not only to assist the potential customer to overcome the banner blindness, but also to catch the eye and stand out from other competitors.

But more interesting is how to succeed with spending less money?

On the average, CTR for apps today is 0.58% leaving average mobile Web’s CTR of 0.23% behind, thanks to the apps ability to pull demographic and direct geo-location data. Additionally, mobile applications assume ads to be rather natural than interruptive as in browsers to ensure a smooth and comfortable transition for current users of the app.

As in-app advertising offers a higher CTR than web advertising, it is obviously a “Must Have” for every marketer.

But to stand out from the competition that you will face in mobile app advertising, you need to know some instruments that will maximize your profits and make your ads eye-catching.

💡 Banner should definitely stand out, but more important is make it clear to understand.

Mobile apps have taken over all areas of our life. Social media, messengers and games take up a lot of time. On average people spend five to six hours on their phone on a daily basis. And about 85% of that time they spend in apps.

Users spend 85% of their smartphone time in apps.

Most of the mobile app users are millennials, i.e. people born from 1981 to 1996. They love online shopping and they are the most paying generation. According to statistics, 21% of millennials open apps more than 50 times a day. They regularly use their smartphone to check news, notifications, weather forecasts etc.

Display advertising constantly stays on top and continues to grow. Banners come in a variety of sizes, static, dynamic, and even interactive. Let’s take a look at the mobile ad sizes that you can use for advertising in our ad network.

This is the most popular ad format on mobile web browsers and in apps. It’s the smallest ad size in our inventory. To get the most out of a 300×50, make sure you have a concise message to convey and simple, clear graphics. This way, you can get your message across in a tiny space.

This banner size is significantly larger than the previous one. It takes up almost half of the screen. It is also located among the content, but more visible.

It is the big brother of the Mobile banner. The leaderboard is slightly bigger and visible, fits well seasonal ad campaigns with sales and special propositions. Mobile Leaderboard is universal, cost-efficient, and flexible. According to Google, this is one of the TOP performing Mobile banners.

It’s the largest ad size among in-app banners. Mobile interstitials are full-screen overlays. Often Interstitial ads show when a user reaches the next game level, during mobile app navigation, etc. So this way, users' experience is not interrupted at the most unexpected moment.

These are perfect for increasing brand awareness. It’s an ideal canvas for storytelling. The large size allows you to place more information about your product. Mobile Interstitial has the highest viewability of these three sizes. It generates high clickthrough and conversion rates.

According to statistics in-app ads perform 11.4 times better than web banner ads, demonstrating why in-app ads are often superior. Given the high correlation between CTR with leads and conversions, this is one of the primary reasons companies need to be targeting users in-app. 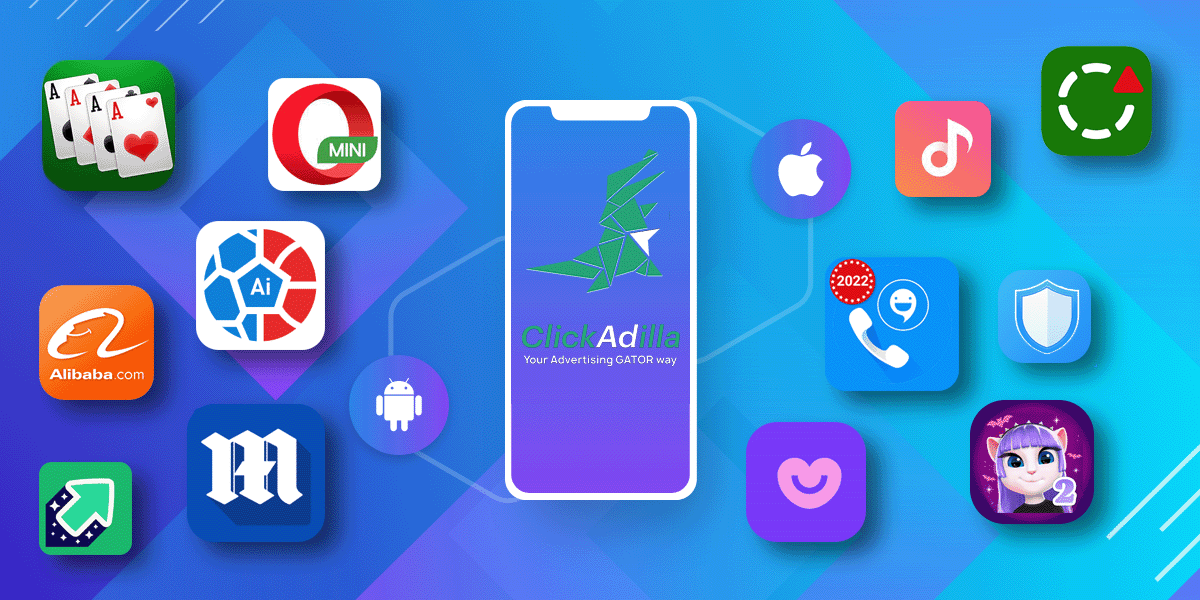 We have over 4,700 apps in a wide variety of categories:

Advertisers can check the list of available apps in ClickAdilla while creating a campaign. Run your campaign on all apps or select required apps manually.

Here are some examples of apps in our inventory:

9 gag - is the largest meme community on the internet.

Street Skater 3D - the game to play for all skate lovers out there. 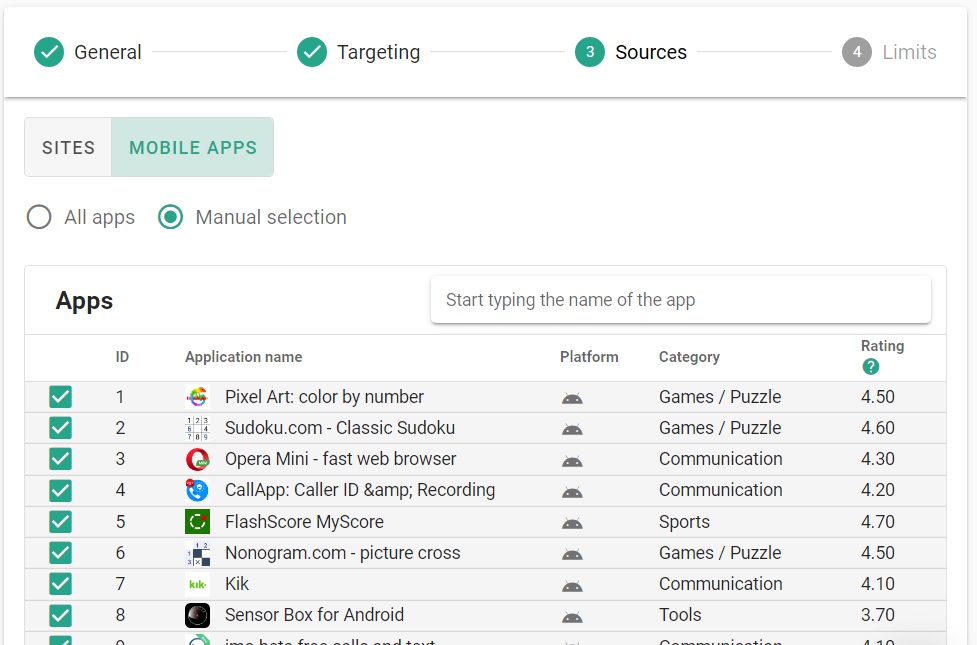 The apps have visitors from over 240 countries.

Here are the TOP-5 GEOS:

Only СPM model is available at the moment. Min CPM starts at $0.7. The actual price at which you can get traffic depends primarily on the competition for the selected target.

In short, in-app advertising is the future of digital advertising. Users around the world spend 85% of their smartphone time in apps. No wonder, because mobile apps are more user-friendly than mobile browsers.

The spending of advertisers is growing following users that spend a lot of time in apps. Apps have several advantages that websites don't have. Like targeting consumers without cookies, more personalized push ads, higher engagement and conversion rates. For most advertisers display ads is an untapped marketing channel. So there is no reason the in-app ad trend will stop.

Advertising in mobile apps is an effective way to reach out to your targeted audience. It helps simultaneously increase brand awareness and generate more leads. In-app mobile banners remain one of the most popular ad formats. Traffic is suitable for a wide variety of verticals from e-commerce to igaming. Choose the right ad placement, targeting options and app categories to increase your ROI.

Reach out to your account managers to get assistance with fine-tuning a campaign.