Home Blog Get Rid of Bots with IPv6

Get Rid of Bots with IPv6 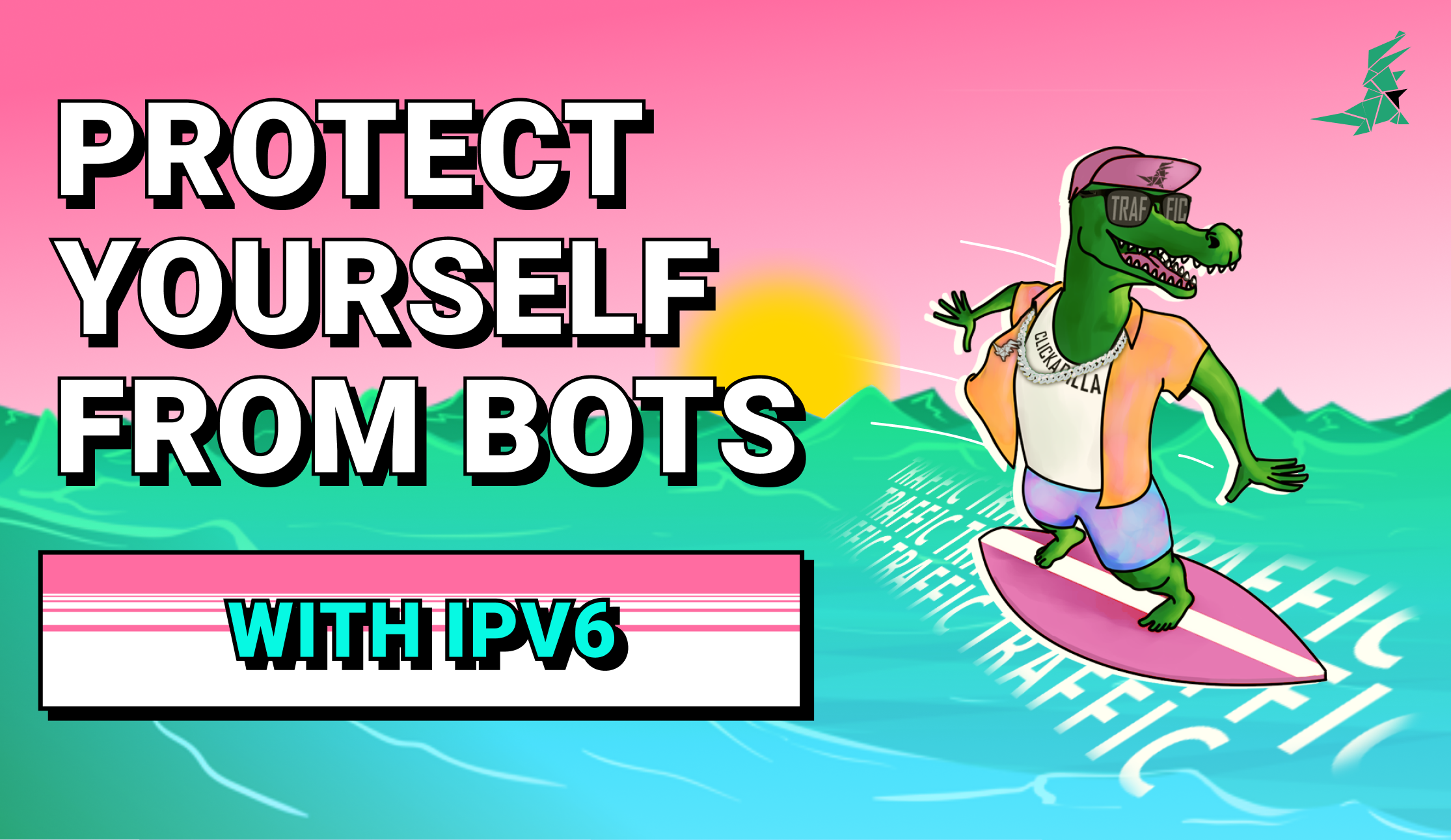 What is IPv6 and why is it needed?

For most people the Internet is a blessing, but it has one big drawback. The fact is that the Internet was designed with errors.

In the 1970s, the people who stood at the origins of the Internet had no idea of how the world will look like in 40 years. As a result, they made a serious architectural mistake — they made the Internet very small and called this Internet — Internet Protocol version 4.

Today we are going to talk about the shortcomings of the Internet and the possible solution of it - IPv6 - as it can forever change the global network we're used to. Read how to target IPV6 users and protect your ClickAdilla ad campaign from bot traffic at the end of the article.

How did IP addresses run out?

We need an Internet address to get packets of bytes with funny GIFs, encoded characters and an endless stream of video content.

When the IP address was invented, it looked like this: 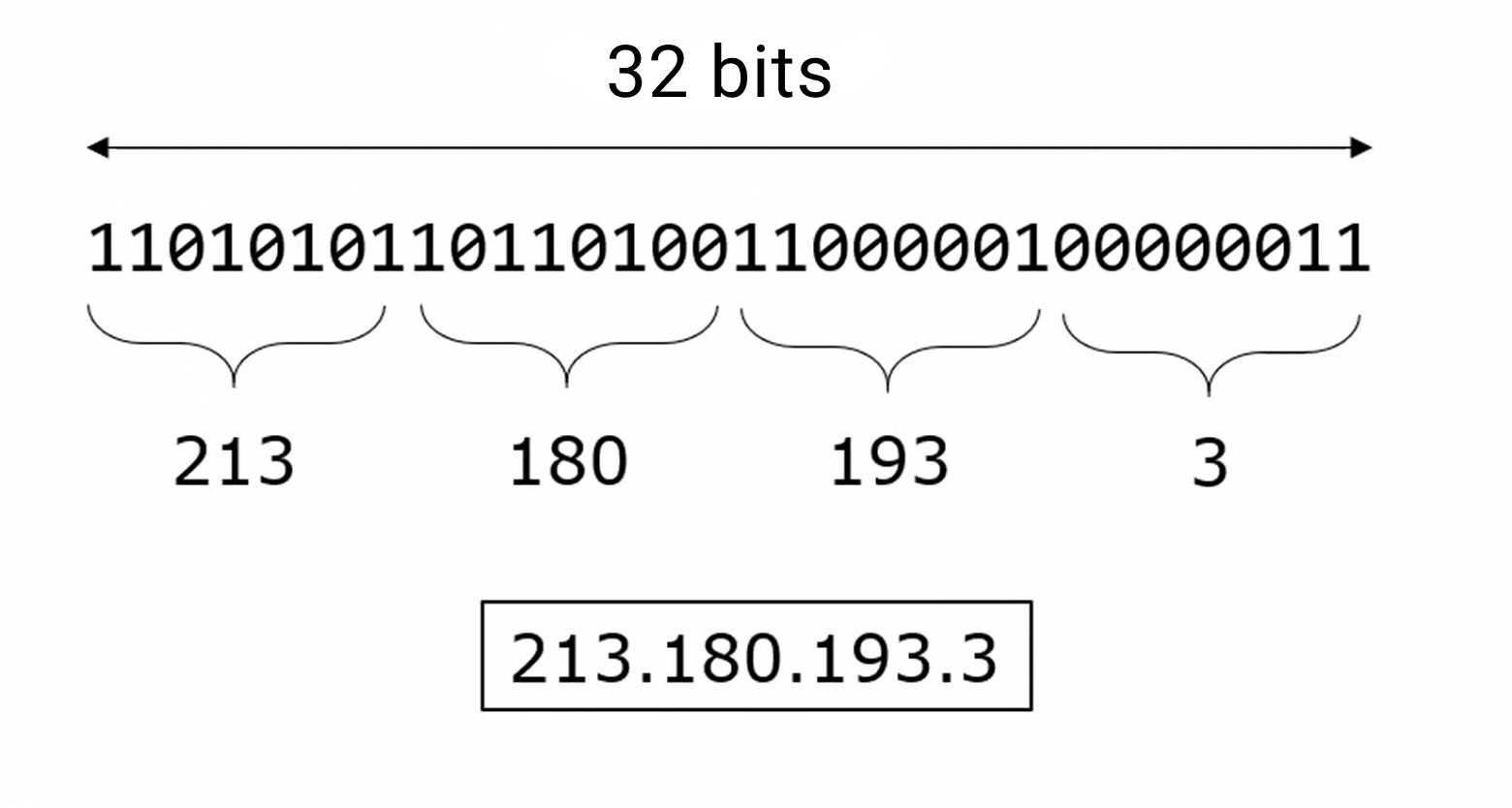 A little clarification, an IP address is the postal address of a device on a network. Every website, smartphone, computer, server, smart light bulb, etc. must have an IP address, otherwise, the data packets simply won't know where to go.

An IPv4 address is made up of four blocks of 8 bits, each of which is called an octet and is written as dotted decimal digits.

Since there was a limited number of addresses, the right to distribute them was assigned to five non-profit organizations responsible for their region.

As the Internet developed and all kinds of gadgets appeared, free IP addresses began to run out quickly. For example, ARIN ran out of IPv4 addresses back in 2015, and RIPE NCC ended up with empty pockets on November 25, 2019. 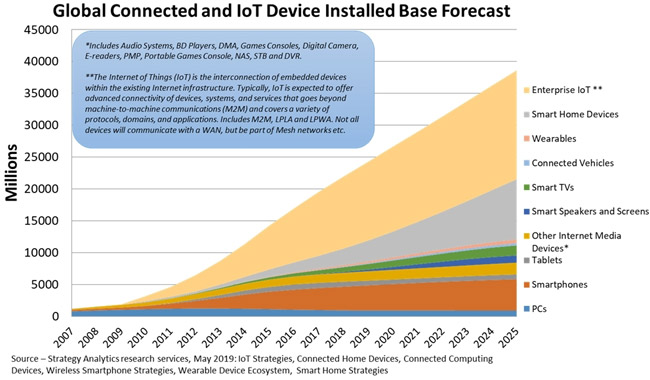 How does IPv6 work?

Therefore, the only thing that really completely solves the problem is the next-generation Internet protocol – IPv6, the transition to which, in terms of impact, can be compared with the transition from fixed phones per family to cell phones per user.

But what is so great about the 6th generation internet protocol?

The first and main difference: IP-addresses in the new protocol became 128 bits long. This gives 2128 options for unique addresses, and this is so much for a second:

Accordingly, with a change in the length of the address, its format has also changed. The new IP address began to look a little more complicated, for example like this:

IPv6 is superior to IPv4 in many ways and has a number of clear advantages. First, a wider address space, which already provides a lot of advantages:

● There will be enough addresses with a margin for many decades to come. This means that you won’t have to worry about workarounds, and you can completely get rid of NAT.

● Each of the devices connected to the network will be able to get its own “white” IP address, which is already good.

● Peer-to-peer networks will really work well, i.e. networks where devices can communicate directly with each other.

Secondly, in the new protocol they simplified and combed:

● Now addresses can be created and configured automatically, thanks to SLAAC – Stateless Address Autoconfiguration technology. This greatly simplifies network administration.

● Also in IPv6, packet headers were significantly simplified, which became easier and faster to process.

● real “white” IP addresses, so that all services and protocols work properly. 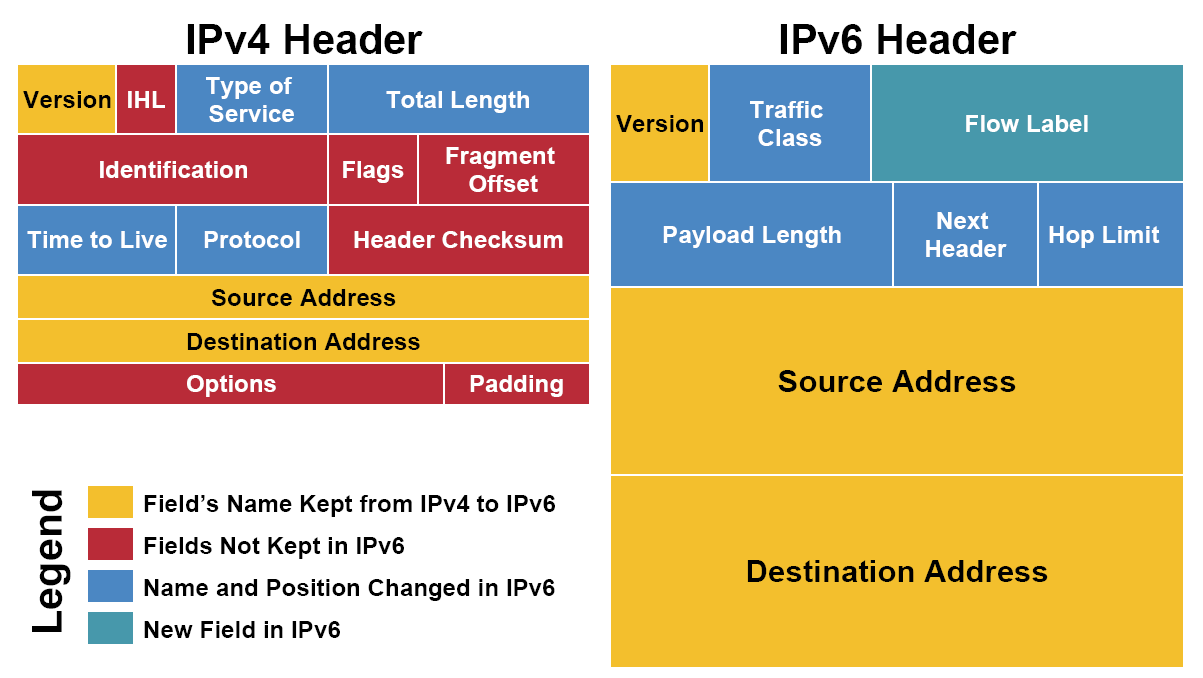 Well, they added mandatory support for IPsec traffic encryption, after all.

IPv6 protocol makes each device a full-fledged participant on the Internet: devices can communicate with each other directly, even bypassing the DNS server.

● The protocol itself was invented back in 1996.

● The official worldwide launch of IPv6 took place in 2012. 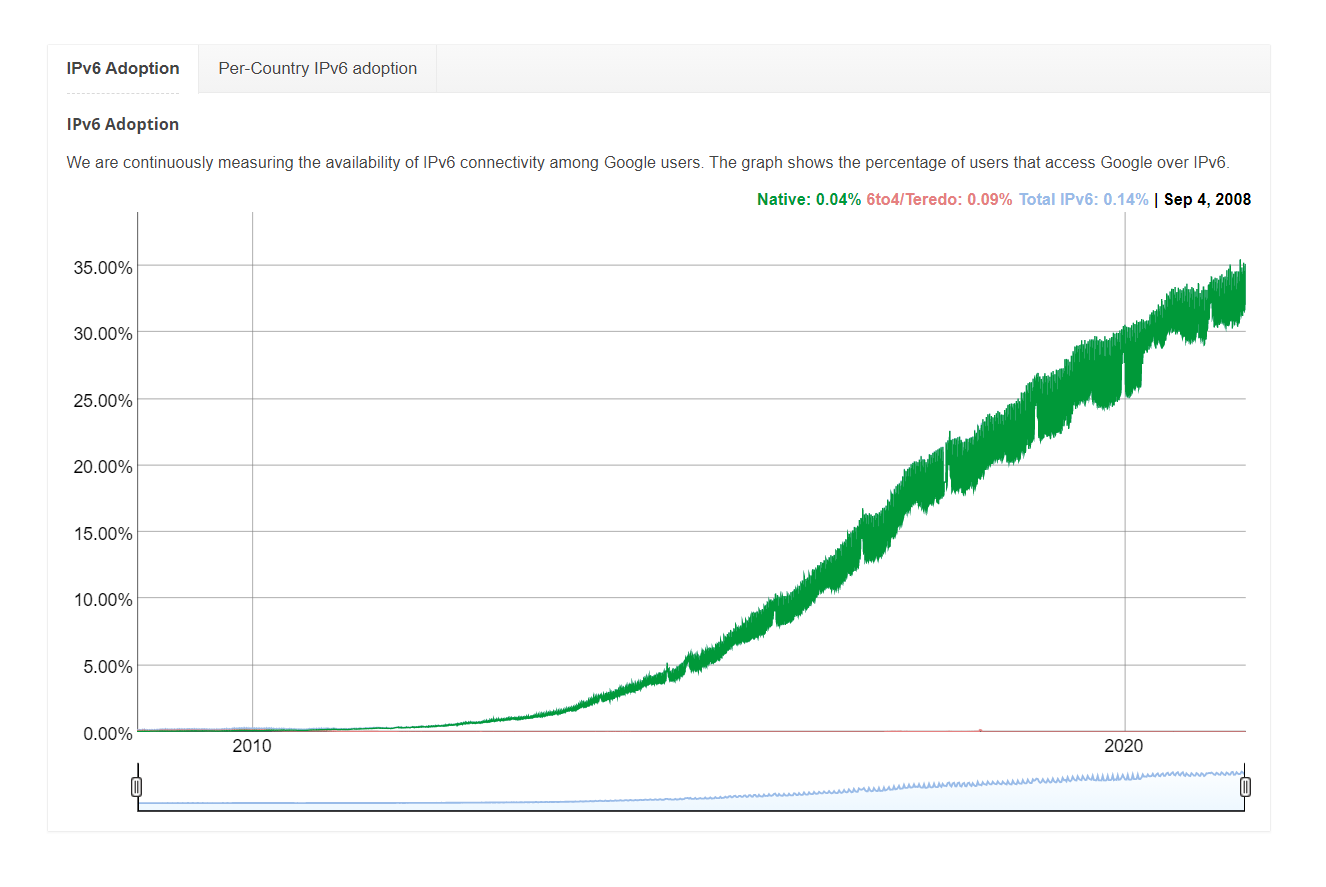 Already now all offices of IT giants Google, Facebook, and Amazon work exclusively on IPv6.

Does IPv6 save you from Bot Traffic?

But the main question of this article is, whether IPv6 saves you from bots?

First of all, IPv6 is not a perfect version of the INternet as it also has vulnerabilities. However, compared to IPv4, it is much more safe, which also means minimization of bot traffic, i.e. the increase in traffic quality for you. Thus, when creating your campaigns it is worth including IPv6 target as well, which may probably mean lower amount, but higher quality.

How to get IPv6 traffic?

💡 ClickAdilla Targeting opportunities support IPv6 traffic, so you may now target the users of the next generation Internet inclusively. To do this you need simply to switch on the IPv6 function while creating any of your campaigns in personal account as on the screenshot below:

The future is already here. You only need to know how to get your benefits from it. 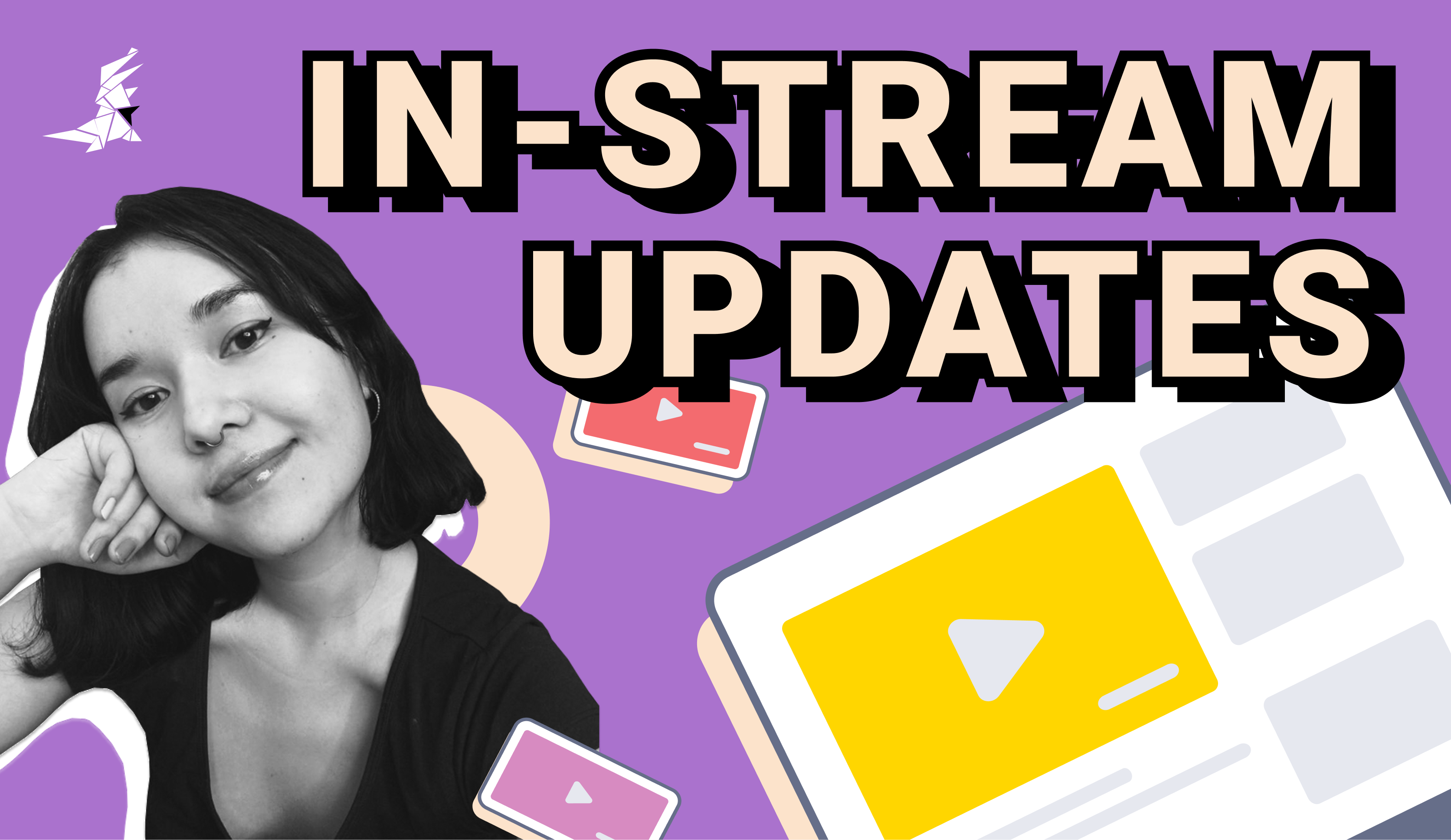 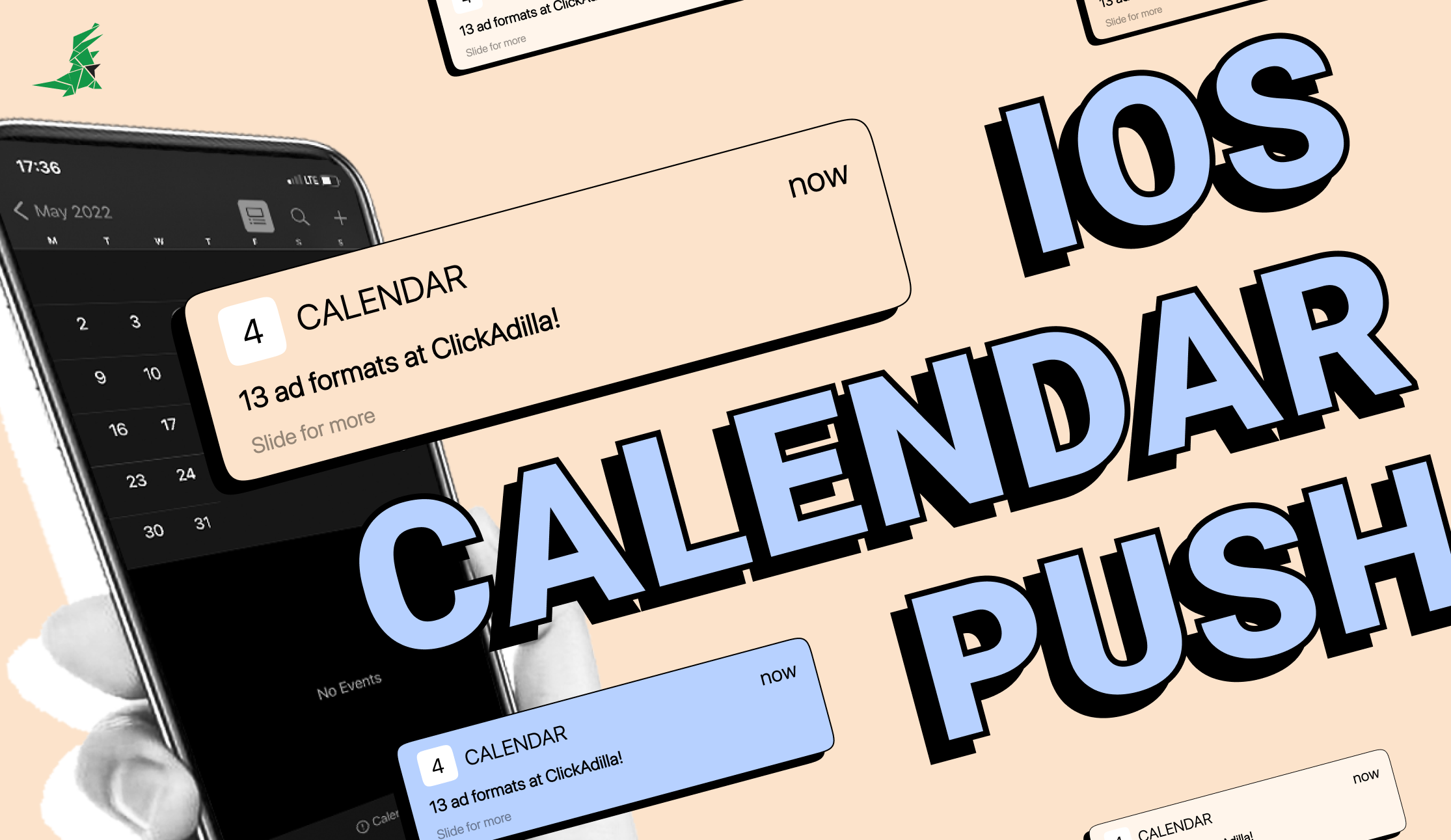 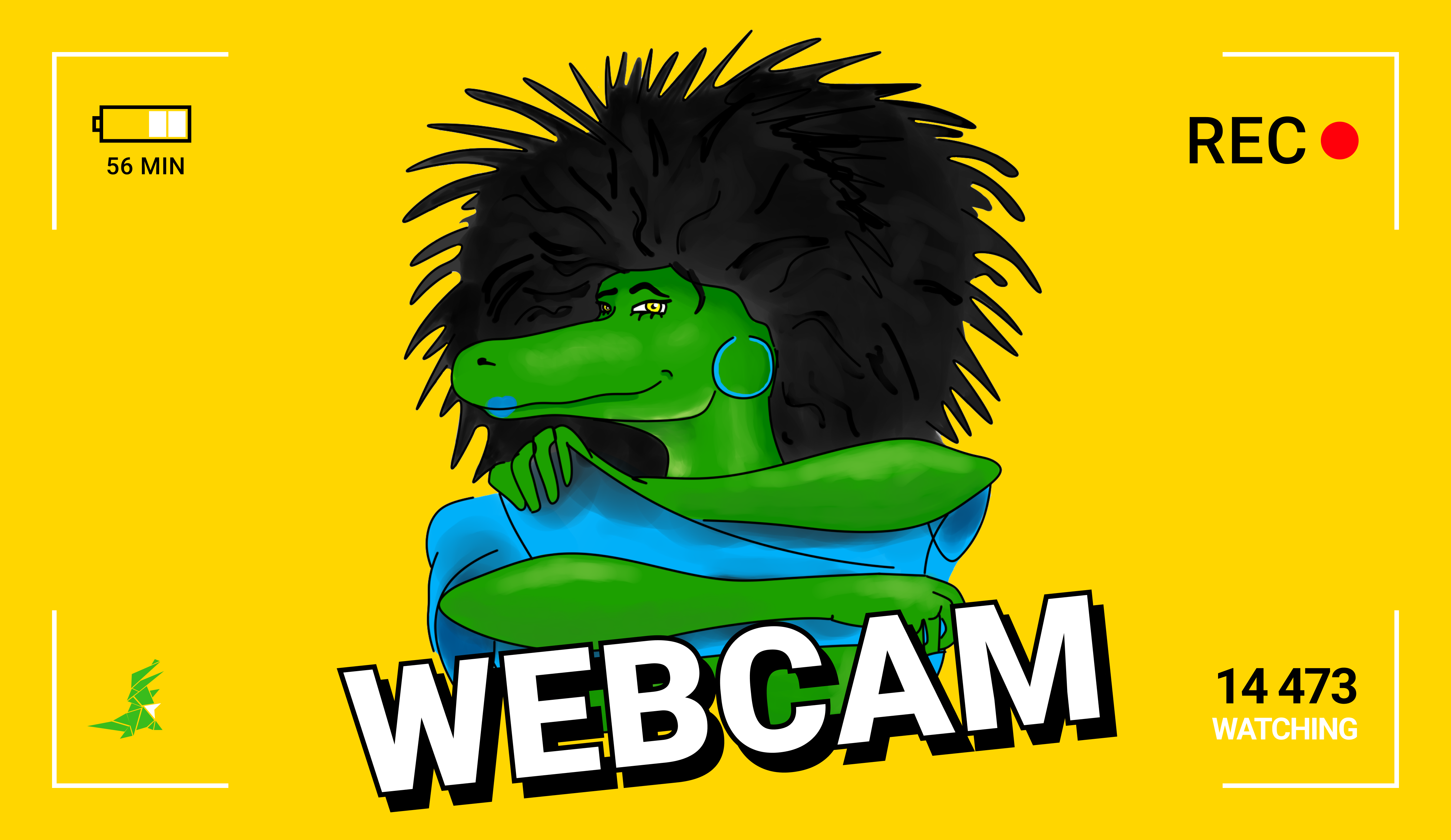 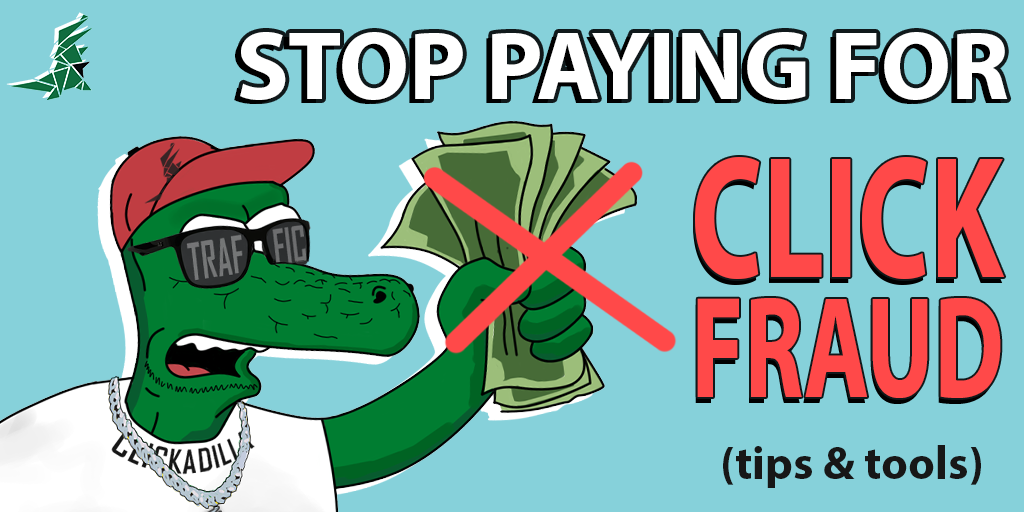 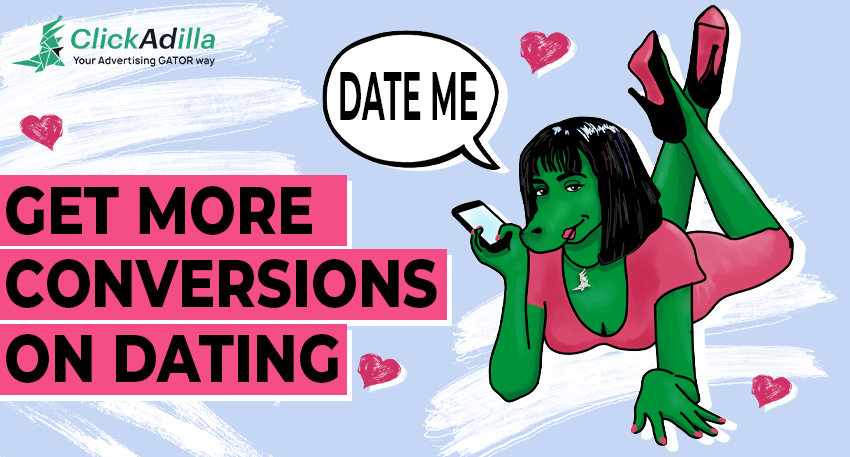